Homeschool Benefit #6: Parents Have More Control Over What Children Hear and See 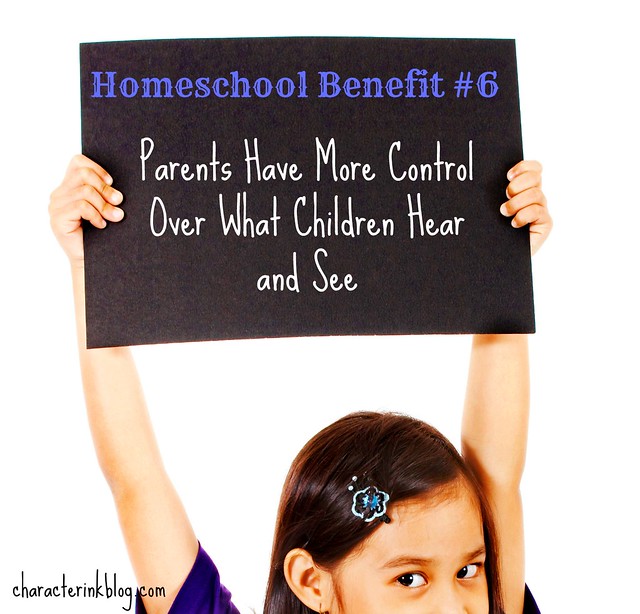 While I am not so naïve to believe that our children cannot hear or see “bad” things if they are homeschooled—after all we are seldom with them every moment of every day, and there are potential “bad” things in our homes via television, internet, etc. However, protecting our children from hearing and seeing things that we do not want them to hear or see is a huge benefit of homeschooling.

I can remember when our oldest was a few years old and we got our first “television” (to watch movies on with a vhs player….yeah….many years ago!). We got Joshua this animated movie (that we still love and sing the theme song to even now thirty years later!) called “Seabert, the Seal.” It was a cute cartoon about a seal who saved animals from poachers. However, there was a period of time when Joshua got “grounded” from Seabert. It was when Joshua started saying two “s-words” that Seabert often said….

STUPID and SHUT UP.

We called them “slang words”—though not too many years later our children would begin calling them (and continue to do so today, twenty-something years later) SLIME WORDS. Somehow they didn’t understand what slang words meant and they thought we were telling them that they shouldn’t use slime words…so forever in our family a word that is not a “cuss” word is called the dreaded (and punishable!) slime word.

Anyway, the problem wasn’t that Seabert said them. After all, we would never let our child watch anything ever if we boycotted movies with any slime words. The problem was that Joshua began saying them. So Seabert went on the shelf until Joshua quit saying those two slime words. 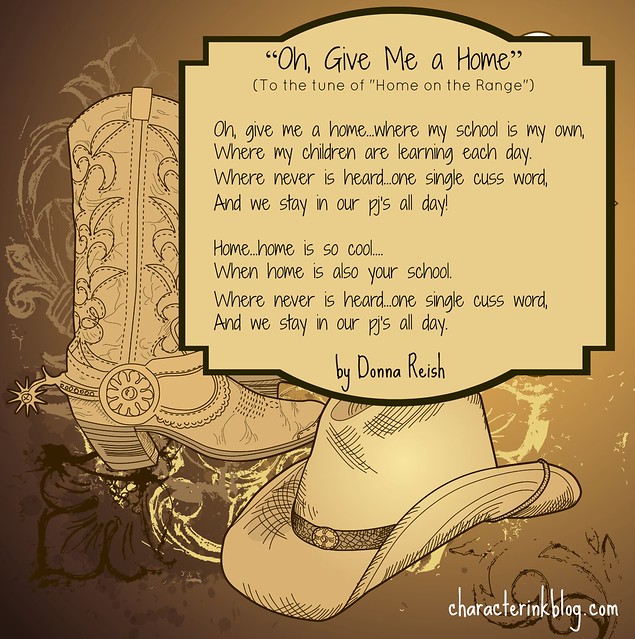 So how do we take advantage of this homeschool benefit? Especially in this technological age? I have a few ideas—but I raised my kids in an age where we could simply put a television on a rolling cart and leave it permanently (and only)  hooked up to a vhs. A few times a week we pulled it out of the closet and watched something all together. No computers. No iPods. No smart phones. Not even “television” as we know it.

And it was blissful. And we not only could take advantage of the not hearing and seeing so many things benefit—but we cashed in on that amazing homeschool benefit known as TIME. So while I might not be the one to come to in order to get ideas on protecting our kids from hearing and seeing “bad” things, I can’t close without a few tips! 🙂

1. The first way to protect our kids from hearing and seeing things that they shouldn’t is putting guards on things. This can come in many forms—only having one main computer for kids under eighteen and having it in the main area of the house; putting blocks on any computers any where (laptops and desktops alike), etc. This also includes televisions—using blocking products so that things do not come through. (I would add that if we had, had television and computers, our kids under a certain age would not have been able to just go turn them on and use them. It would be just like the refrigerator—the decision to watch something or eat something any time a child wants is not really theirs to make.)

2. Secondly, and I know this is one that many would disagree with, but we do not let our kids under eighteen or so have the internet on devices of their own—smart phones, tablets, etc. It isn’t worth the risk to us. They can use mine when they need to, but to have the internet at a ten year old’s finger tips seems unwise to me. We are giving them (forcing them really) to make decisions about things (do I look at this; do I write this, etc.) that children are not equipped to make.

3. Lastly, we can protect our children from hearing, seeing, and experiencing negative things by not allowing them to be with people that we do not fully trust and know to be growing, godly people. This includes hanging out with non-Christian friends unsupervised and going to neighbors’ homes and other people’s homes in which the adults are not growing Christians that we know to not be involved in ungodly activity. I have been surprised by people’s response to this—sort of the whole “they have to be light in the school” argument turned to “light in the neighborhood.” But there are many other ways to be light without subjecting our children to other people’s sinful habits and sometimes downright dangers. This has shocked me because to me it is a no-brainer….

So there you have another homeschool benefit. Protection. It is a potential benefit if we want to take advantage of it in keeping our children away from sin, things that are too mature for them, and people who might influence them negatively.