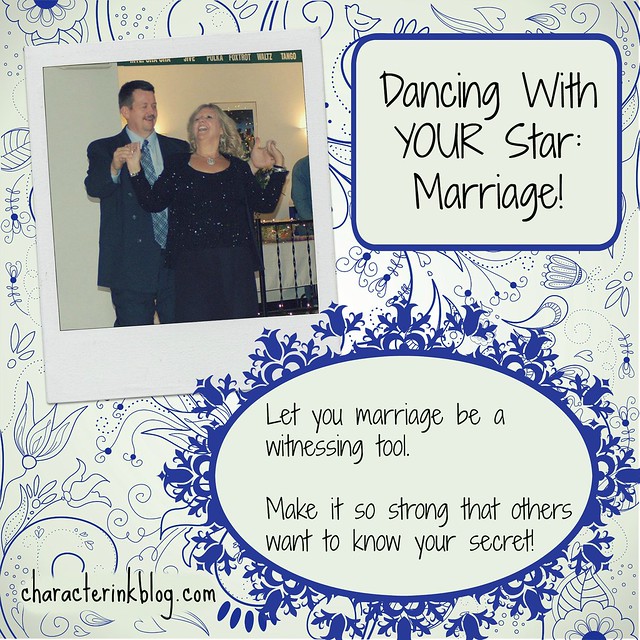 Many years ago my husband and I started a cool tradition that we called Thirty Days of Romance during the summer/close to our anniversary. (Read about that here!)

In the last two years, it has gotten increasingly difficult to have this romantic time period—yes, you read that right…as our kids got OLDER, it got harder to do! When we began it about eight years ago, we had four kids at home teens/tweens—and we just told them that we were dancing and romancing for thirty days, so don’t bug us. 🙂

Fast forward and we decided this year that with the busy-ness with our adult and college kids, we would just have ten days of romance, and we would start it about eight days before our anniversary. We decided to go dancing a couple of times, go to dance class (instead of missing like we do more often than we go), watch movies at home, go to a concert of a seventies group in the park, take long walks—you know, romantic things like that.

The first day was great. We only worked about six hours then visited my dad and step-mom for a couple of hours—then it was just us—ten days of just us. The concert was fun. We went out to eat (something we don’t do that often with the two of us any more because if we get to go out, we dance and it is hard to dance well on a full stomach).

The next day—more romance planned. An afternoon nap and then we were dancing non-stop for three hours. And that is when our ten days started to break down. Our son got his state nursing exam scores back, so we canceled dance and took him out to celebrate with a couple of our kids.

Then a day or so later, I needed to work until eight. A day later our dance class got canceled because the girls wanted to take me out for a birthday dinner (coming this weekend also). Next day our house was filled (for which we are eternally, excitedly, and overwhelmingly grateful!) with adult kids getting together for their weekly Summer Sibling Cinema Night (a different “kid” chooses a film that most have not seen each week to watch and, of course, discuss—since our family is all about discussions!). And so on and so forth….

So last night we narrowed what was thirty days and then was ten days….down to eighty hours. It starts this afternoon at three, and is supposed to last until late Sunday night/Monday morning. I’ll repeat the plan just to encourage its happening—dinner out, bike rides, long walks, movies in our room with pizza delivery, ice cream at our favorite place, swimming at the Y, extended time talking about life and goals, and dancing.

, I mean ….okay Eighty Hours of Romance—it could happen! 🙂