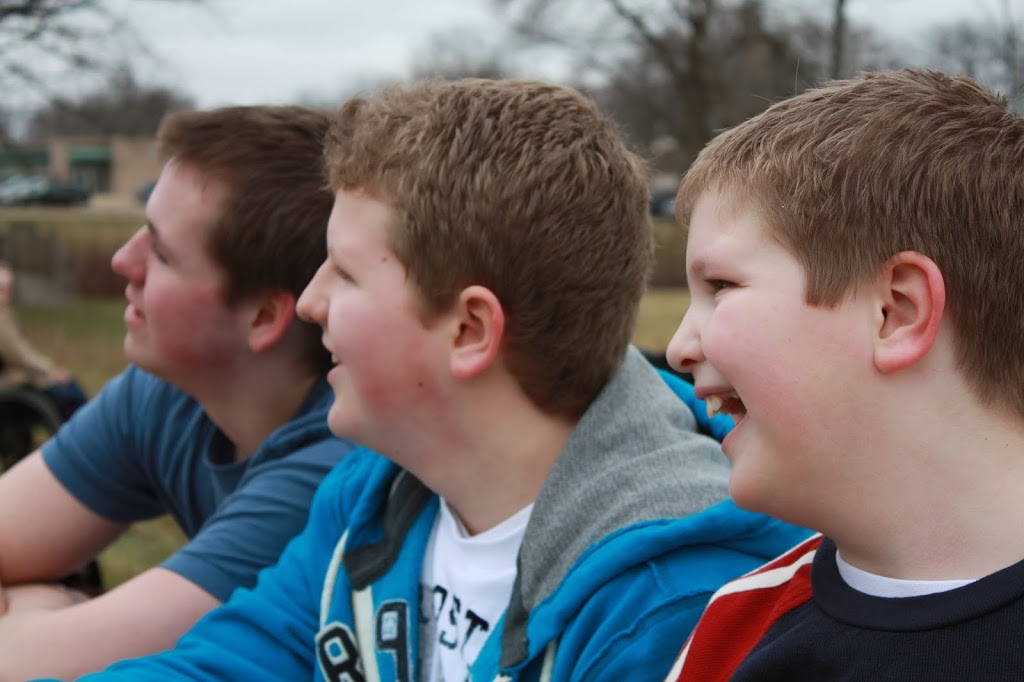 “Throughout their lives, your kids will do to and for others what you have done to and for them.”

In our “Character for Tweens and Teens” seminar, we stress the quote above—because we have seen it over and over in our children’s lives during our thirty years of parenting. And it is truly something to consider in the time, effort, money, and teaching that we invest in our children. When I look back at how true this statement has been in our lives, I just want to tell every parent that there are genuine dividends paid for all of that investing!
I could share examples of this with you from every age and stage our seven kids:
*How Joshua, our first born, would sit in the back of the van and tell his sisters what to expect when we got to our destination, how they should behave and how they should treat others—because his mommy and daddy had done that for him since he was a toddler.
*How Kayla, our second daughter, took it upon herself at age fourteen to do all of the cooking for a long period of time during my grief after our stillborn daughter’s birth and my life-threatening ruptured uterus—because her parents had served her, fed her, and taught her everything she needed to know in the kitchen.
*How Cami, our third child, started a ministry for the disabled when she was a senior in high school (that still runs today seven years later and ministers to over a hundred disabled adults every week)—because we taught her to look into people’s hearts to see their deepest needs, and we looked into her heart.
*How the girls planned a special meal for their brothers and even called and invited their grandparents to their “Silly Supper” while Mom and Dad were out of town—because Mom and Dad had always tried to make things special for them.
*How Kara, our fourth child, listened intently night after night to the needs of the teens on the traveling drama team that she led—because her parents had listened to her needs late at night for twenty years.
And on and on and on and on. Our children are far from perfect—as are their parents. But there is one thing that we can be sure they will always do: serve, love, reach out, touch, help, and communicate with others in many of the same ways that they have been served, loved, reached out to, touched, helped, and communicated with by us, their parents.
We have an example of this hot off the press that is so incredibly cute I just had to share it with you. Our almost-eighteen  year-old Josiah (sixth child of seven living)  asked a few weeks ago if he could surprise his younger brother Jacob (our youngest) by taking him to visit their oldest sister near Chicago where she is in grad school at Wheaton College (a four hour drive from us). We discussed it and decided to let him do it, so he set about planning the trip.
He must have talked to me about the “unveiling” of the trip to Jakie no fewer than a dozen times over the three weeks prior to the trip: “Should I drive home with him from my drum teaching and ask him to tell me where the gps says to turn?” “Should I take him to Cami and Joseph’s (our daughter and son-in-law) and make him think we are spending the night there but then take off from there?” “Should I pack all of his stuff while he is at piano then act like we are going to run errands?” On and on. He had a new idea everyday it seemed.
He set aside two hours the night before to go over directions with his dad, talk to us about details, call Kayla (whom they were going to see), and pack/load the car while Jacob was at the YMCA exercising with Kara (our fourth child). He gassed up his vehicle. He packed snacks. He gathered story tapes. He went to the bank and got cash. He packed Jakie’s things and hid them in the trunk.
At one point in Josiah’s preparations, he said, “Don’t you think this is the best surprise that any of the siblings have ever done for another one?” To which we just smiled and nodded. (Our kids have had a sort of unofficial “best sibling EV-ER” contest going on for many years.)
And then they left. His idea to take Jacob to Cami and Joseph’s and go from there, telling him only when Jacob noticed that they were not taking the route that led home, won out.
And Jacob called us to see if it was really true—“are we really driving to Kayla’s for the weekend?” We could hear Josiah laughing in the background—one happy big brother.
Josiah’s idea wasn’t quite as original as he thought—but we didn’t tell him that, of course. For Josiah had just done nearly everything that we had done for him eight years ago when we took him and his siblings on a surprise weekend trip—right down to hiding packed things in the trunk, packing good snacks, sneaking out story tapes and games,  and taking a strange route to confuse them. Because by that time, we knew that  “throughout their lives, our kids will do to and for other whatever has been done to and for them.” Smile…