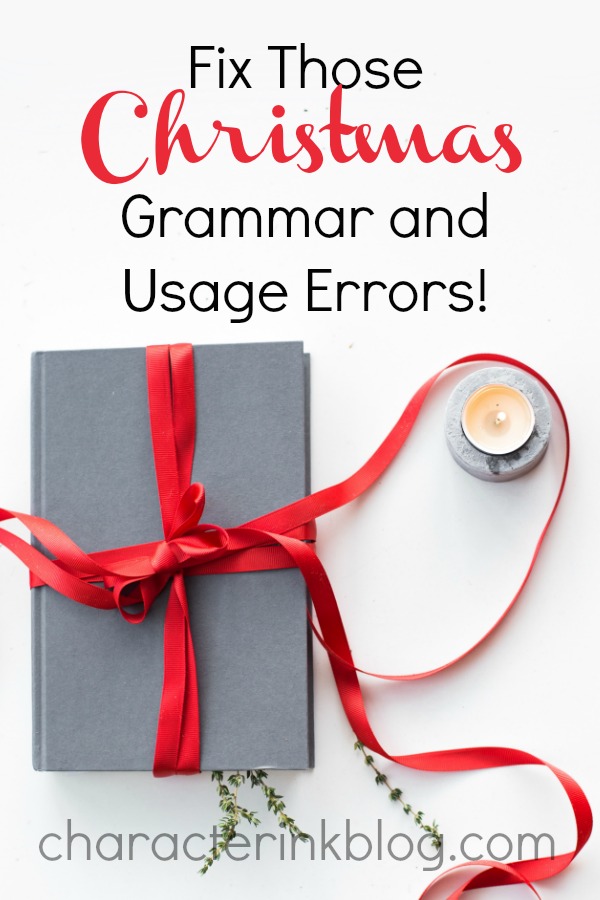 Merry Christmas from Language Lady and Character Ink Press! It is the time of good cheer, festivities, magical moments with children, celebrating the Nativity–AND grammar errors galore! Usage errors are to be expected since many of the things we are writing this time of year are things we only write once a year. It’s hard to remember grammar and usage protocols that we use daily, much less ones that we only use yearly. I hope this post will clear many of your Christmas grammar issues up!

(Want to learn more grammar and usage from Language Lady? Check out these links: 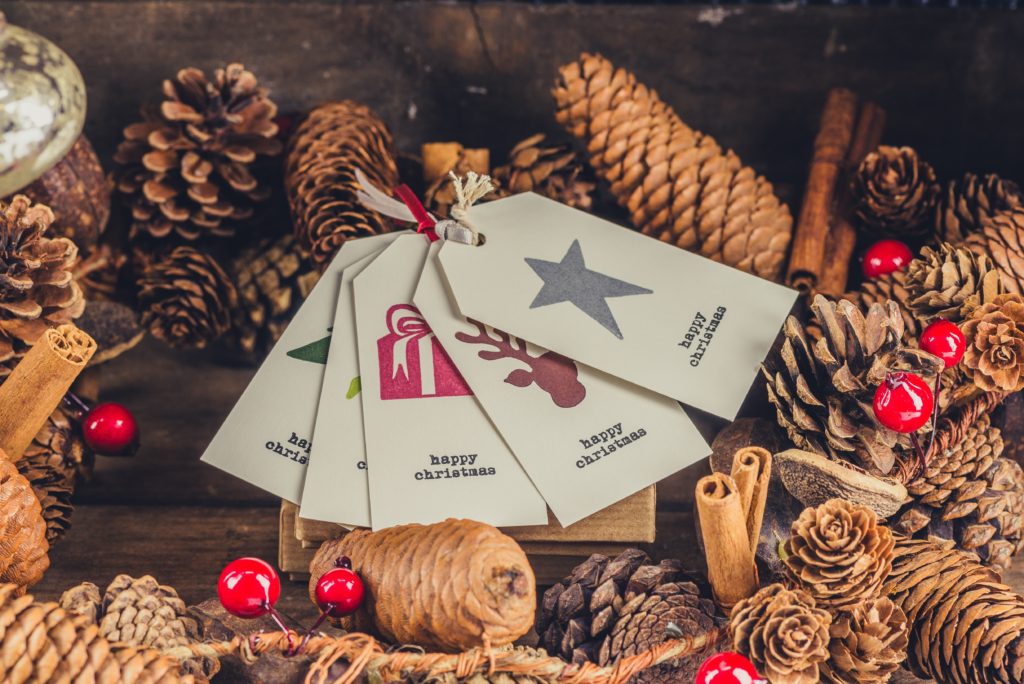 This time of year we see a plethora of spelling, capitalization, grammar, and usage errors–on signs, catalogs, greeting cards, and more:

1. merry Christmas on a greeting card (which technically isn’t wrong, but just doesn’t look right either!)

3. Xmas–even though the Associated Press itself says to never use this abbreviation!

4. Seasons’ Greetings (which indicates that you are offering someone greetings for more than one season–the plural noun seasons)

Many holiday greetings and terms are subjective (shocking, huh?); however, here is a list to help you see the most common ways that greetings and holiday words are expressed this time of year:

1. You can write any of the following:

a. Seasons Greetings (no possession shown at all–more of a noun describing another noun)

b. seasons greetings (same as a., but no capitalization–not recommended for greeting cards and headers)

c. Season’s Greetings (the most common way, showing that the season {one season} possesses the greeting; note the capping here)

2. Of course, people also write Merry Christmas in different combinations (with and without the M capitalized; however, Christmas should always be capitalized because it is a proper noun by itself:

3. To cap or not to cap greetings? This is a stylistic preference, but if it is in a header or greeting card, you definitely want to capitalize:

a. Season’s Greetings or season’s greetings 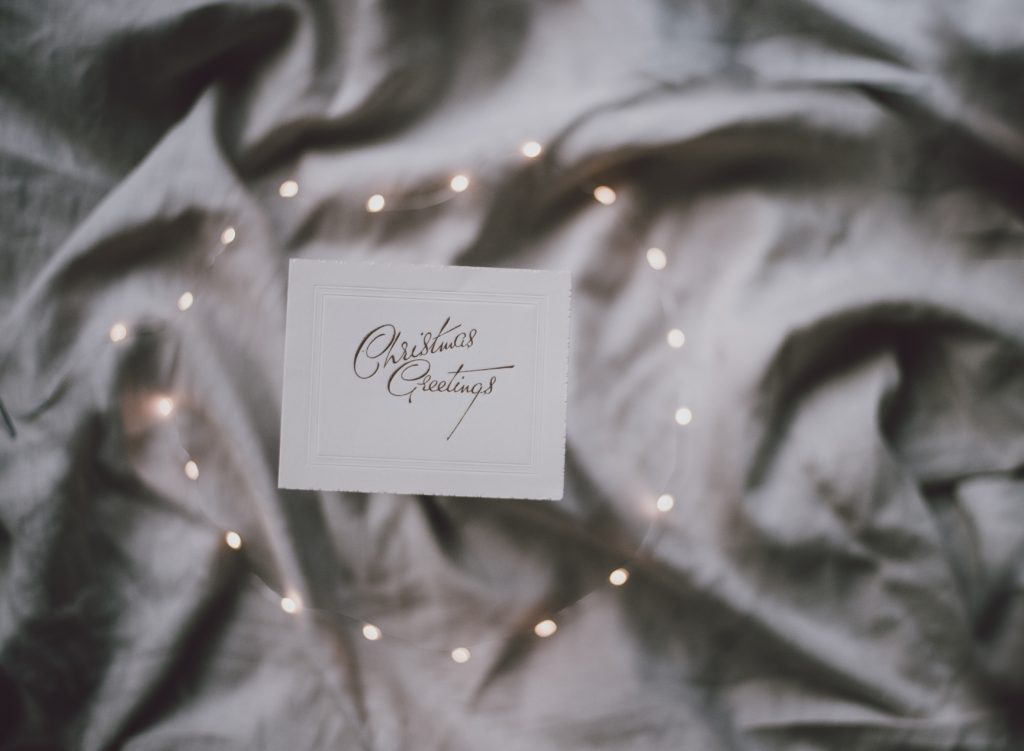 b. Poinsettia–This is traditionally capitalized because the flower is named after a botanist and physician who was also the first US Ambassador to Mexico, Joel Roberts Poinsett. In 1828, he introduced the plant to the country.

d. North Pole (Remember–you capitalize directions when they are part of a proper noun already–but not when giving directions. No “Turn West at the corner”!)

f. All locations associated with Christ’s birth and life as they are proper nouns already–Bethlehem, Nazareth, etc., and, of course, King Herod, Joseph, and Mary (but not shepherds or wise men)

g. When describing decorations, only capitalize the original proper noun:

h. Nativity is capitalized when it stands alone or when it is combined with non-proper noun elements

i. Advent is capitalized in all contexts

Merry Christmas from the Language Lady!