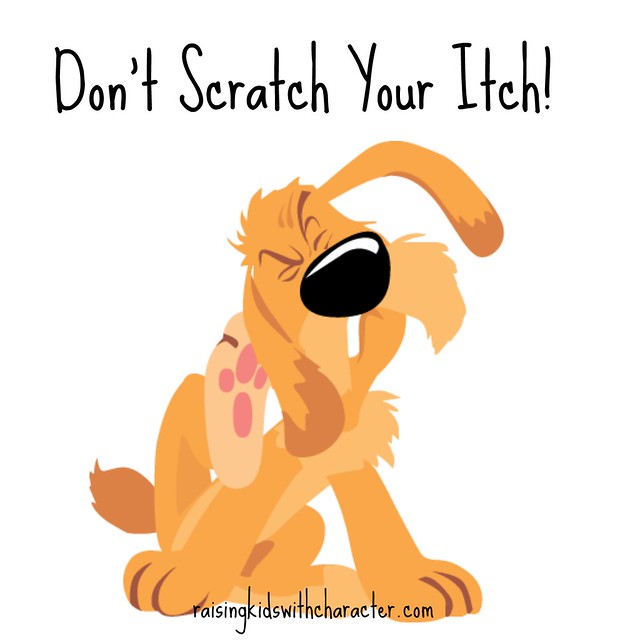 Okay, Reish boys–and anybody else in my virtual world who has non-virtual poison ivy right now!

a. A noun that indicates a place on the body that is irritated, such as a spot of poison ivy that is bothersome

b. A verb that happens to a part of the body: my poison ivy itches (meaning it feels like it needs scratched)

2. Scratch–a verb that is the action that one does (though one shouldn’t!) when he has an itch (noun)

Thus, Jonathan, Josiah, and Jacob–you guys each have an itch here and there where your poison ivy is bothering you (or it is itching on its own), and technically, you should NOT scratch it!

However, if you do have an itch that needs scratched, please call the portion of skin that is irritated an itch and the action you are doing “scratching.” Please do not tell your brothers to “stop itching”!  Thanks…