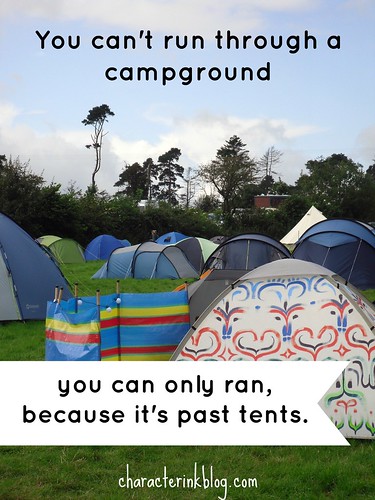 There are many grammar problems that people (even professionals, speakers/pastors, and writers) can get by with today without sounding like fingernails on a chalkboard. (Is that analogy too old school to use nowadays?) 🙂

END_OF_DOCUMENT_TOKEN_TO_BE_REPLACED 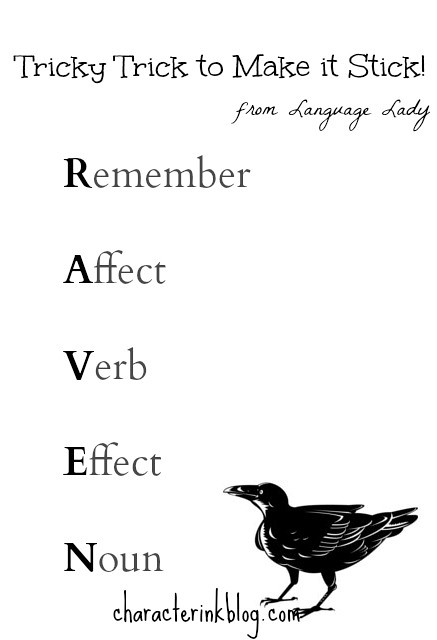 I can remember learning about affect and effect in school–and being completely confused all of the time. Is that how you feel? Well, get ready to be relieved of your affect/effect phobia!

END_OF_DOCUMENT_TOKEN_TO_BE_REPLACED 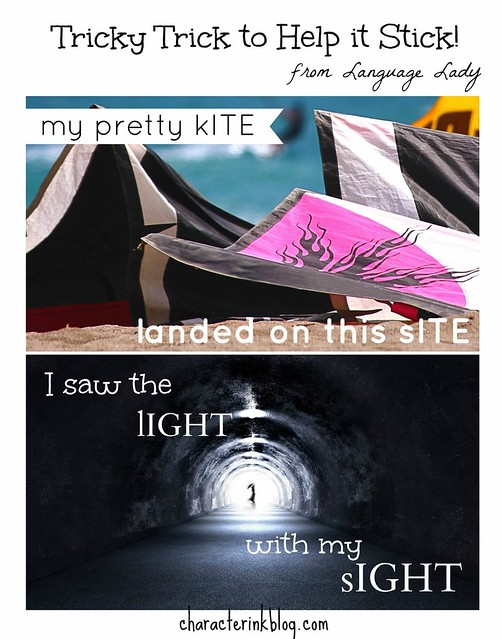 We tell our students all the time that you know more than you think you know! And that if you take what you already know and apply it to what you do not know, you will soon know even more!

END_OF_DOCUMENT_TOKEN_TO_BE_REPLACED 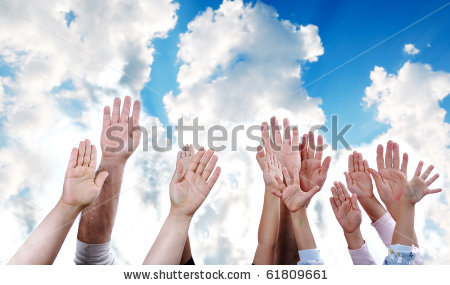 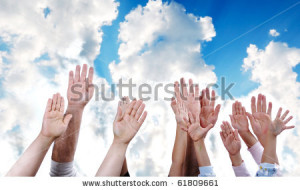 Sit and rise have I’s–and lie does too.
“Coz these are things that I, all by myself, can do.
Set, raise, and lay are words that you choose
When each one has an object after it to use.


I am going to take sit/set; rise/raise; and lie/lay one pair at a time over the next few days; however, I wanted to start the series (or at least this second post) with teacher tips.
I have watched kids with glossed over eyes as I have tried many techniques and order to teach these tricky pairs, and have had many difficulties “rise” up and confuse them (and me!):
So here are a few tips that I would like to pass along to those trying to teach these rules:
Check out more posts about these confusing verb pairs–including a quiz or two!
Happy teaching—and learning! J 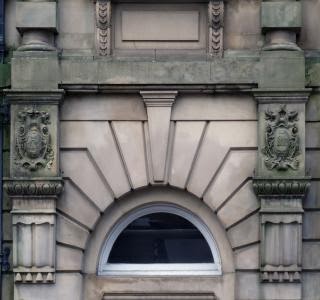 U is for UNUSUAL SPELLING–Facade

You know what one of my least favorite words is? FACADE.

First of all, I work week in and week out to try to teach that an A, O, U, or most consonants make the C say “kuh.” That would make this word fuh-kade, right? (Or even fay-kade.) Unfortunately, that is wrong.

It is pronounced fuh-sodd. (That A really doesn’t make the C say “kuh.”)

That clearly makes this word a FAKE, which is one of its only redeeming qualities–it means what it looks like! Smile…

That bring us to the second aspect of the word–its meaning. It is a noun that means “a face of a building or a superficial appearance.”

In that regard, it is as it is pronounced–even though it isn’t pronounced like it is spelled (which is true of many words that came from somewhere else).

So it is easy to learn the meaning of—it has to do with what it sounds like–FACE (albeit, a fake face). But it is not spelled as one would think.

So, don’t put on a facade today! Don’t try to put on a superficial front or fake face. Be yourself! 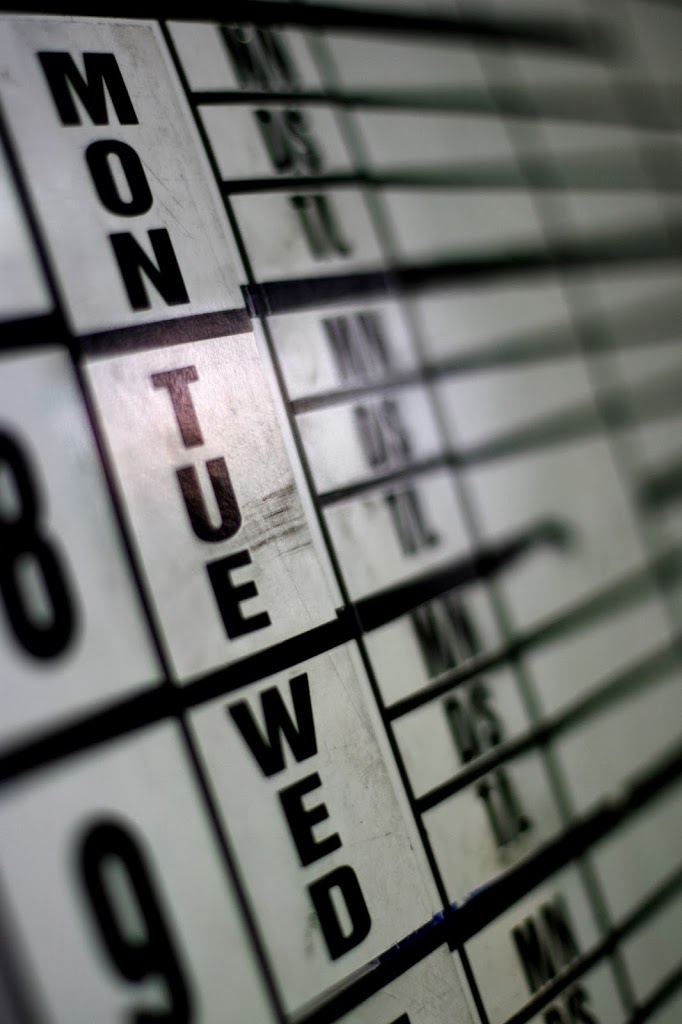 U is for UNUSUAL SPELLINGS: Wednesday

So many of my students have trouble spelling today’s day of the week! Wednesday is definitely not phonetic, so students (and adults!) get stuck on the spelling of it. Most people say Wednesday without the sound of the d at all.
We teach our students to spell difficult words in many ways, giving them as many tools as we possibly can.
1.    Syllable by syllable—longer words that are phonetic in nature can often be syllabicated and spelled syllable by syllable by a student who is fairly phonetically-savvy: con/se/quence.

2.    Tricks and mnemonics—we call these “Tricky Tricks to Help It Stick” and use them often with our “Wacky Words”—words that have a wacky counterpart that can be confusing, such as the homophones their, there, and they’re. I had an elementary student this year who told the class that they could easily spell Nebuchadnezzar if they just divided it up and pronounced the ch as choo (not kuh): Neb/U/Chad/Nez/Zar! Of course, any tricks that help a person are handy tools to have (though the trick must help that person in order to be effective).

3.    Visual tricks—many visual people spell by “seeing” the word—its shape, its sequence of letters (and the shapes those letters make), etc.

4.    Memorization—some people  are just naturally good spellers (it is now thought to be a specific skill set separate from intelligence) and can memorize a word’s spelling once it is seen.

How do YOU spell Wednesday. Many of my students say it just like it looks to spelll it: WED/NES/DAY!
Does that help you?