A Case for Christmas 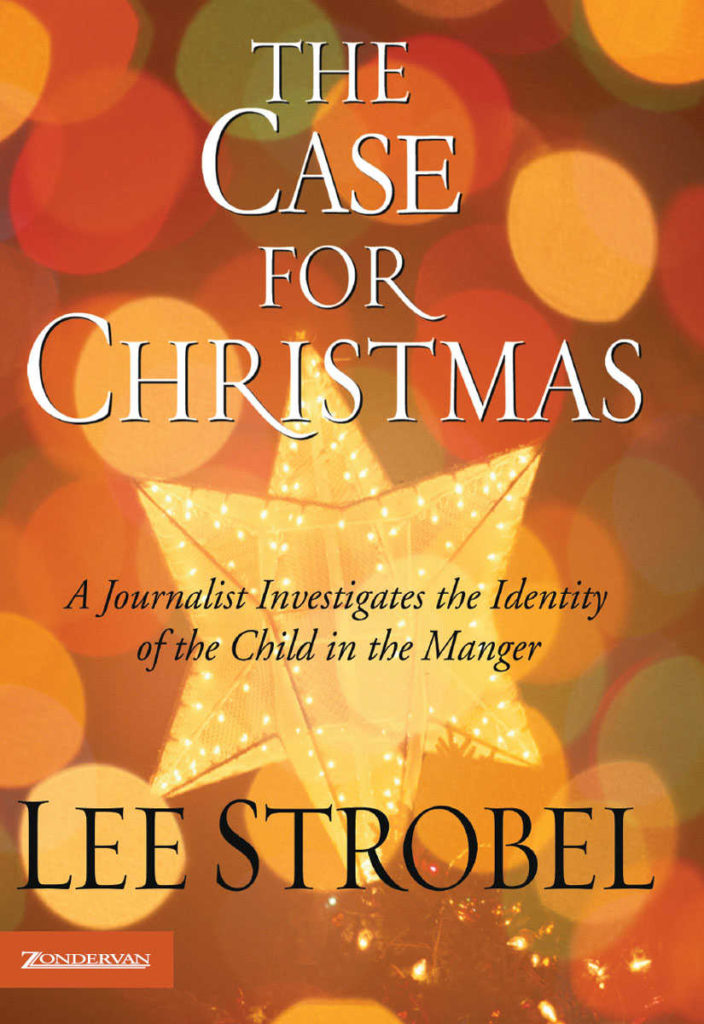 Christmas story read aloud was truly one of the highlights of our year. I collected beautiful, amazing picture books that we read out of each afternoon during story time. Then as the kids got older, I began collecting story “collections” or “anthologies” to read short stories aloud at the dinner table, during unit studies, before bed, and while traveling by car. Still today we read aloud at least one Christmas story on family decorating night and one story on our family Christmas even—with all fifteen of us gathered around. We never tire of the same heart-warming stories year after year (though when the kids were younger and still at home, we did many, many different stories).

I love sharing “public domain” or “available online” stories in this blog for families to read aloud together during the Christmas season. This is one of those beautiful stories.

Lee Strobel, in his book, “A Case for Christmas,” tells the heart-warming story of the poverty-stricken family he met while “investigating” Christ (as an atheist) many years ago when he was a journalist for “The Chicago Tribune.”

This family, the Delgados, ultimately awakened his previously-absent faith, proving that during this time of year, and all of the time, the words, “they will know you are Christians by your love” are completely accurate.

The Delgados, sixty-year old Perfecta and her two granddaughters Lydia and Jenny, were living in a small apartment after having been burned out of their roach-infested tenement. Strobel arrived at their home as he was working on a series about the neediest people in Chicago. Strobel could not believe what he found—a small kitchen table and a handful of rice. A short-sleeved dress each for the girls—and one sweater that the two of them took turns wearing, alternating as they walked to and home from school a half mile away.

Besides the shock of extreme poverty that Mr. Strobel observed, he also witnessed another first—the hope and peace that this arthritic, sickly grandmother exuded. She was sure of her faith, convinced that Jesus had not and never would abandon them.

The atheist-journalist wrote the article, but could not get this family out of his mind. He pondered the irony of it all—this family had nothing but faith and yet was joy-filled. He had all things material, but lacked faith—and felt hollow within.

On Christmas Eve, he decided to drop in on the Delgados. What he saw again shocked him. Where there had been lack, there now was plenty. Where there had been emptiness, there now was fullness. The readers of his newspaper had responded generously to his article, providing this family with an apartment brimming with material gifts: roomfuls of furniture and appliances; beautiful Christmas tree with gifts galore beneath it; more food than they had probably seen in one place; myriads of clothing, including warm winter garments, scarves, gloves, and hats. Additionally, they had received thousands of dollars in cash.

Strobel’s retelling of the moments after he entered the apartment this second time is so poignant, allow me to quote from the book (and the website linked at the end of this post):

“But as surprised as I was by this outpouring, I was even more astonished by what my visit was interrupting: Perfecta and her granddaughters were getting ready to give away much of their newfound wealth.”

“ When I asked Perfecta why, she replied in halting English: ‘Our neighbors are still in need. We cannot have plenty while they have nothing. This is what Jesus would want us to do.’”

”That blew me away! If I had been in their position at that time in my life, I would have been hoarding everything. I asked Perfecta what she thought about the generosity of the people who had sent all of these goodies, and again her response amazed me: ‘This is wonderful; this is very good,’ she said, gesturing toward the largess. ‘We did nothing to deserve this — it’s a gift from God.’ ‘But’, she added, ‘it is not his greatest gift. No, we celebrate that tomorrow. That is Jesus.’”

”To her, this child in the manger was the undeserved gift that meant everything — more than material possessions, more than comfort, more than security. And at that moment, something inside of me wanted desperately to know this Jesus — because, in a sense, I saw him in Perfecta and her granddaughters.”

”They had peace despite poverty, while I had anxiety despite plenty; they knew the joy of generosity, while I only knew the loneliness of ambition; they looked heavenward for hope, while I only looked out for myself; they experienced the wonder of the spiritual while I was shackled to the shallowness of the material — and something made me long for what they had. Or, more accurately, for the One they knew.”

“The Delgados amazed me by the way they sacrificially reached out to their neighbors with a tangible expression of Christ’s love. What an opportunity for all of us to follow their cue this Christmas season — and to watch as God cracks open the hearts of even the most hard-hearted cynics.”

The quotes in this post were taken from Lee Strobel’s book, THE CASE FOR CHRISTMAS, as was the content of the story. (By the way, that book is an amazing Christmas devotional for families of kids ages twelve and up!)

You may access the story in its entirety, as well as more information about Mr. Strobel’s books here. (or click on the image below!) 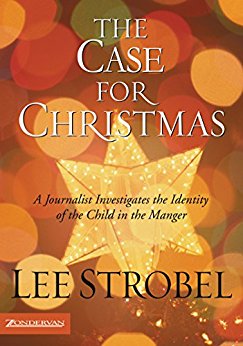 P.S. What is your family’s favorite Christmas read aloud?