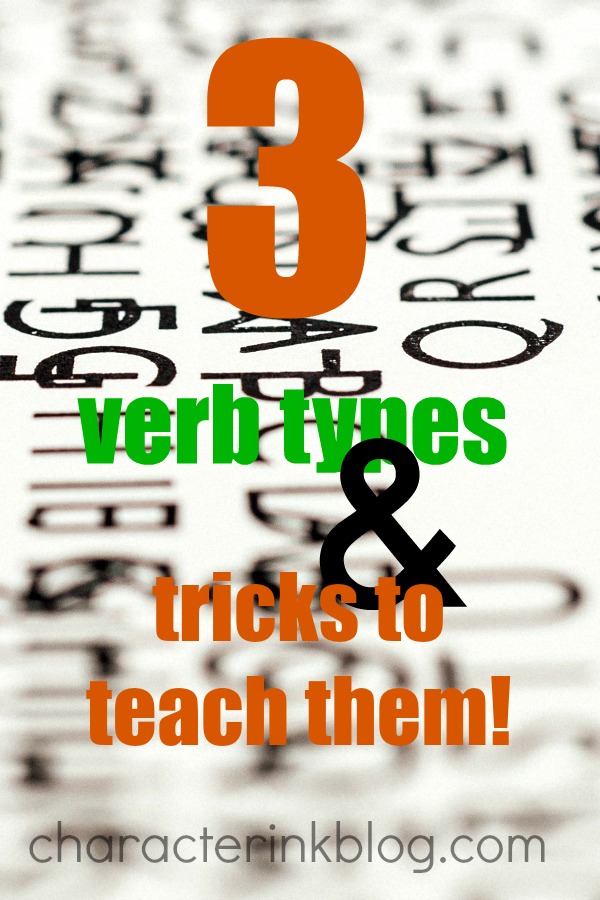 One of the first things that we teach students who are learning to write sentences is that every sentence must have two things: a subject and a verb. (Technically, I teach that a sentence must have FIVE things—CAVES: Capital, All Makes Sense, Verb, End Mark, Subject.) Verbs are important! Action verbs are the forward motion of sentences. They persuade in persuasive writing; inform in research-based writing; and entertain in story writing. They do all of this in spite of one man, Michel Thaler, writing a 233-page French novel in 2004 that did not contain a single verb. (And I would say it also did not contain a single sentence! 😉 ).

There are three main classes of verbs that I teach in my books:

3) Infinitives Made Up of Either Action Verbs or BHL Verbs

Obviously, there are various tenses of verbs. And yes, there are verbs that can have objects (i.e. direct objects) and verbs that are not known for having objects. And there are dozens of other ways to categorize verbs.

However, I have found that the best way to teach any grammar skill is to teach it as it relates to writing. After all, we learn grammar for writing and speaking (not to choose the correct answer on a grammar quiz!). Thus, I focus on action verbs and another group of verbs that we affectionately call Be a Helper, Link verbs—being, helping, and linking verbs all grouped together.

AND….I teach infinitives (to+verb) immediately when teaching prepositions and verbs because students need to know that not every phrase that begins with TO is a prepositional phrase and sometimes TO is the beginning of a verb.

There are many reasons for my method of action verbs in one big category and BHL verbs in another big category, and since many teachers have questioned me through the years, I will give my reasons here—and then tomorrow, introduce you to a simple-as-pie way to learn (or teach your kids/students) all being, helping, and linking verbs in one easy swoop!

1. ACTION VERBS–Action verbs all have the same characteristics

They show that the subject did some type of action.
They can all have adverbs with them.
They can have direct objects following them (if they are transitive verbs–meaning the action TRANSFERS onto the object)

2. BEING, HELPING, LINKING VERBS (BHL)—Being, helping, and linking verbs all have the same characteristics:

They show the state of being of the subject: He was here.

They cannot have adverbs with them.

They can have predicate adjectives following them: He was smart.

They can have predicate nominatives following them: They were the ones.

Most of them may be used as helping verbs—each one can help a base word by telling when the base verb took place: They were reading the novel in class.

(Note: Read more about BHL Verbs and get the Tricky Trick downloadable sheet for your students at this post!)

To help you remember the Be, a Helper, Link verbs, there is a little rhyme that you can sing to the tune of ABC’s (or “Twinkle, Twinkle, Little Star”):

1) When to is followed by a verb, it usually makes an infinitive, not a prepositional phrase.

a. Action: to run

So use the verbs! And use them well! I’ll be teaching more about how to use verbs well in upcoming posts!